Proud to be a part of the Burnhill Kitchens Group

Ask the experts: what are the benefits of Quooker taps? 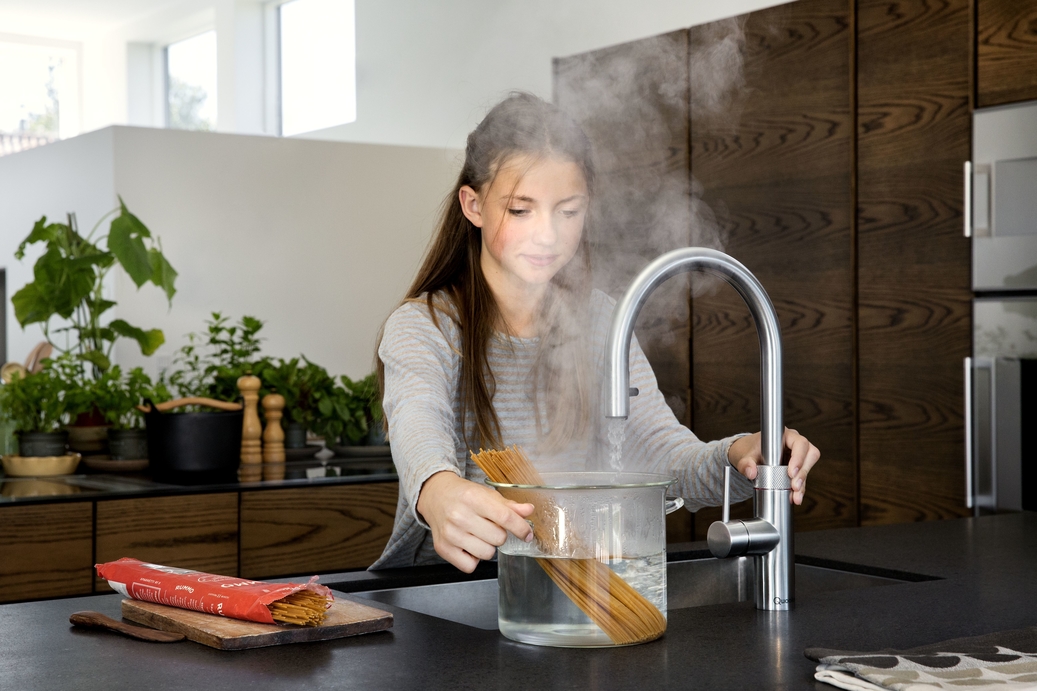 We love using Quooker taps at Burnhill. They’re practical and stylish in ways unrivalled by other kitchen taps, and we could wax lyrical about their benefits for days. Customers often come to us with their questions regarding how Quooker boiling taps are used and whether or not they are worth the investment.

Quooker are also launching an exciting new product boasting the only type of water they don’t already cover – we’ll talk more about this later in the post.

How do Quooker taps help around the kitchen?

Quooker taps prove to be incredibly useful in and around the kitchen for many different reasons. Let’s talk a bit about how they work. Quookers taps are boiling taps that produce 100°C water on demand with the twist of a knob: no fuss, no catch, just an immediate helping of pure boiling water for whatever purpose. This will save you lots of time waiting for water to boil when you’re brewing coffee or cooking pasta.

There’s no need for a kettle when you can have all the boiling water you need straight away. As well as making kitchen work much quicker, Quooker taps also make it a lot easier. No need to worry about the clutter and maintenance of an additional appliance; using a Quooker tap brings your kitchen one step closer to complete efficiency.

How safe are Quooker taps?

They’re very safe, and probably a lot safer than you think. Many people worry about the safety of Quooker taps as such easy access to boiling water seems like it comes with a degree of risk. Isn’t the tap unsafe to touch when in use? Not at all. The tap is fully insulated so that you can touch and move it even while it’s dispensing boiling water. Even the water itself is delivered in an aerated flow which makes it safe to pass your hand through without being scalded or burned.

But what about your children? Will they not be unsafe with a boiling tap installed in the kitchen? In short – no. The handle of a Quooker tap is child resistant due to its push-and-turn mechanism, therefore it cannot be turned on by accident. For these reasons, the Quooker tap is actually a lot safer in the kitchen for yourself and your children than a kettle which can easily be tipped or spilled by small children due to its lack of safety features. On the other hand, Quooker taps boast more safety features than any other brand on the market.

How versatile are Quooker taps?

Quooker taps boast a great degree of versatility and flexibility, with many features worth noting. All dedicated boiling taps are fully height adjustable, allowing for the easy and safe delivery of boiling water into vessels of any height. All Quooker boiling water taps rotate to allow you to dispense boiling water into a receptacle on the worktop.

Quooker taps are eco-friendly in themselves and much kinder to the environment than kettles. Kettles are known to waste both water and energy. But since Quooker taps deliver the exact amount of boiling water you need as and when you need it, your overall water wastage throughout the year will be greatly diminished upon installing them.

Plus, if you choose to install the COMBI system, which is an additional option, it reduces the amount of energy used through your central heating boiler. The COMBI system uses a single cold water feed to provide cold, boiling and warm water on demand, without drawing water from the usual domestic water supply for washing up water and avoiding heat loss from hot water sitting in long runs of pipework.

Boiling water is efficiently stored under pressure at an approximate cost of 3p per day, so you can see how boiling taps will reduce your carbon footprint while saving you money at the same time. What have you got to lose?

What are Quooker taps made from?

The main component parts of a Quooker tap are made from surgical grade stainless steel, giving your boiling tap a much longer life and a cool aesthetic fit for contemporary kitchens. This also preserves the purity and excellent taste of your water.

How long do Quooker taps last?

A new Quooker tap will remain fully functional much longer than the average kettle. As mentioned above, the stainless steel composition of the taps gives them a longer life and better functionality. Quooker taps carry a three year warranty in case you encounter any issues. In the unlikely event that your Quooker tap malfunctions and requires repairs, the trusted customer service team will deal with your problem quickly and efficiently. Great customer service means a longer lasting product.

Will a Quooker tap look good in my kitchen?

We think that Quooker taps are beneficial to kitchens in any style, from charming rustic ones through to cutting-edge contemporary ones. The taps come in a variety of styles and finishes to suit your desired aesthetic. Fervent minimalists will be pleased to know that Quooker taps have the ability to immediately streamline any kitchen – freeing up counter space by replacing the kettle and reducing clutter by removing the need for excess equipment. Plus, Quooker taps are seen by many as stylish additions to chic and modern kitchens. They are bound to impress all those who you invite into your kitchen for afternoon tea.

You might initially deem boiling water on tap an unnecessary expense. “Why would you need that when you have a kettle?”, “isn’t it dangerous?”  – these are a couple of the questions often asked by our customers when first introduced to the idea. But it doesn’t take long for you to change your minds. Once you’ve used a friend’s, or tried out Quooker taps at our showrooms in Kent, you quickly realise that they are worthy members of any new kitchen. They’re convenient, safe, sustainable and they’re stylish.

Quooker’s taps already provide boiling, hot, cold and filtered water so, what’s next? We got the latest on the up and coming kitchen products from the Quooker team during our visit to Cologne, Living Kitchen last month, and low and behold they aren’t going to disappoint.

Imagine if sparkling came on tap…

The new ‘Cube’ is a cooler unit with the only type of water missing from the above list: sparkling. This 30 second youtube video visually demonstrates what the cube has to offer beautifully, just look out for the sparkling feature at the end. (You’ll struggle to understand the dialogue – unless you speak Deutsch – but you get the idea.) With filtered still and filtered sparkling water on tap, there’s no need to buy any drinking water that comes in plastic bottles anymore.

We think they’re going to be the most exciting piece of kitchen kit this summer but just in case you need convincing, we’ve taken the liberty of doing some research on your options for on-demand-sparkling water without the Cube.

There are three ways that you can make sparkling water at home. The downside is that all of these involve carbon dioxide cartridges and other pieces of kit and equipment that you need to buy and be comfortable using. Of course when mass produced like the bottles and cans we buy from supermarkets are, this is done within the walls of a factory. But what about the fizzy stuff produced on demand at bars, pubs and restaurants?

The hose style taps you see bar staff using are connected to carbonation systems. In theory you could have these in your kitchen but it would be expensive, take up a lot of space and depending on the look you’re going for it would almost definitely detract from the style of your kitchen. With the Cube you will only need these in a cupboard underneath your sink:

When can I have a sparkling water tap in the UK?

Quooker’s cube is due to launch in the UK in May and will be available at Burnhill. Just in time for the fresh, chilled soft drinks we’ll be craving. 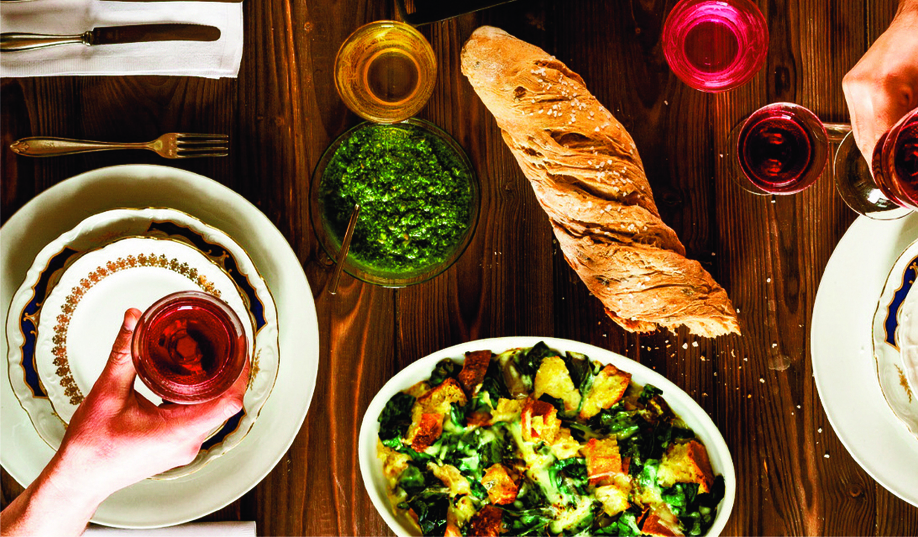 Join us for our live cooking event this Saturday. With cooking demonstrations and the chance to view the very latest appliances from Neff, learn how to get the most ou... 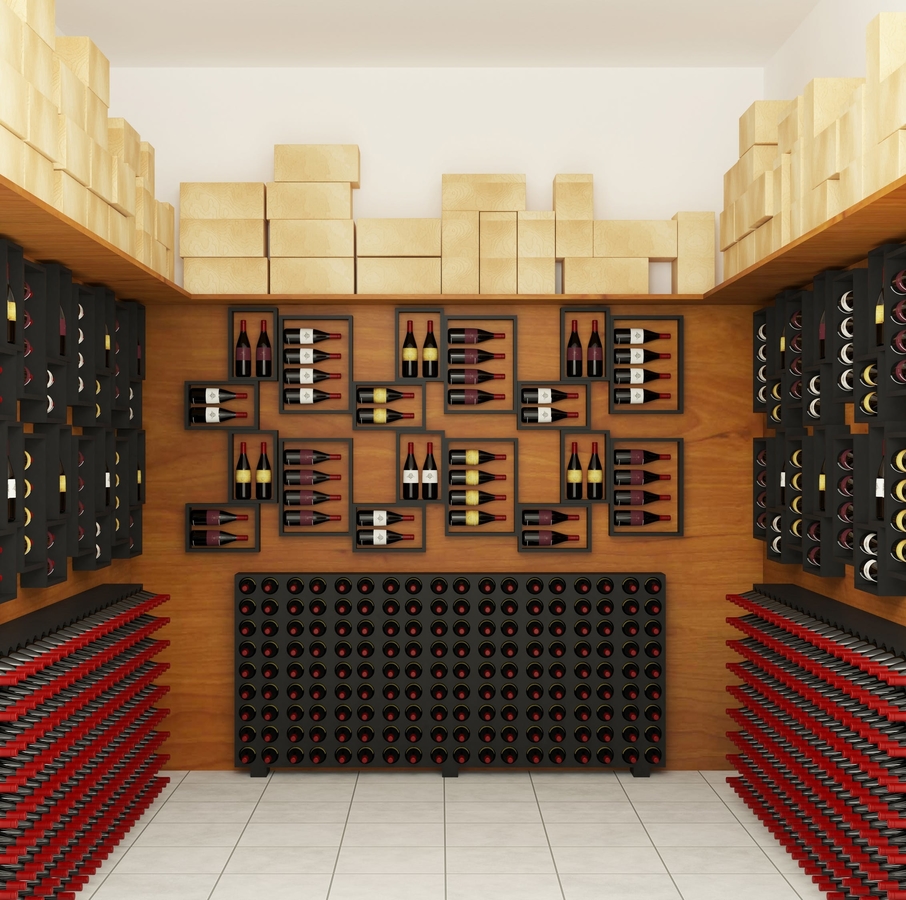 The best ways to store wine at home 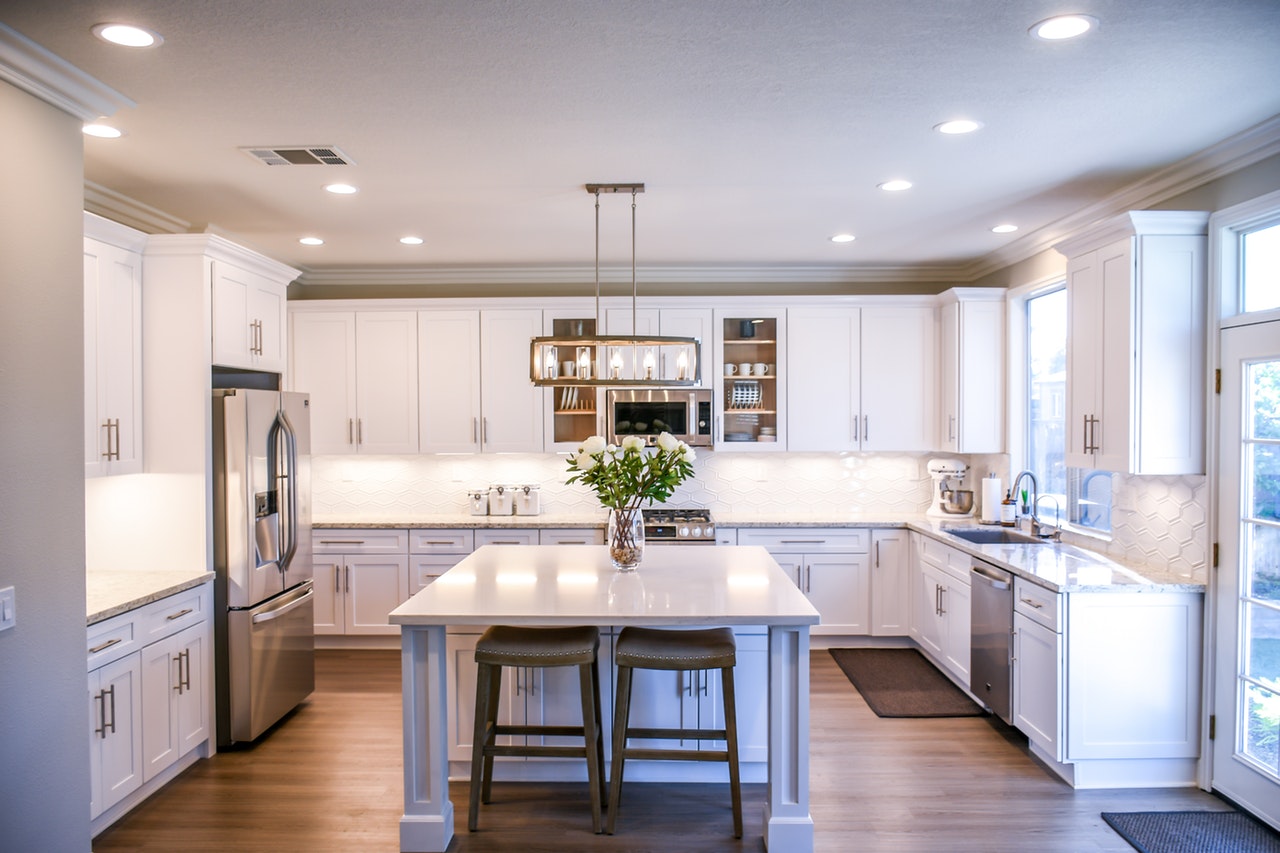 The worktops are probably the most noticeable feature in a kitchen. They are the largest and most visible surfaces in the room, and as they see lots of culinary action...

Join us for our live cooking event this Saturday. With cooking demonstrations and the chance to view the very latest appliances from Neff, learn how to get the most ou...

The best ways to store wine at home

The worktops are probably the most noticeable feature in a kitchen. They are the largest and most visible surfaces in the room, and as they see lots of culinary action...

Why wait? Request your brochure today…

Burnhill Kitchens uses cookies to improve your experience on the site. By continuing to use this site, your consent to this policy.

WE JUST WANT TO CHECK

Are you in the right place?

Burnhill Kitchens is based in Tonbridge as we cover Kent, London and the South East. We also have MIDAS Kitchens that is based in Les Gets, Morzine which is in the Porte du Soleil ski area of France – It's your choice.